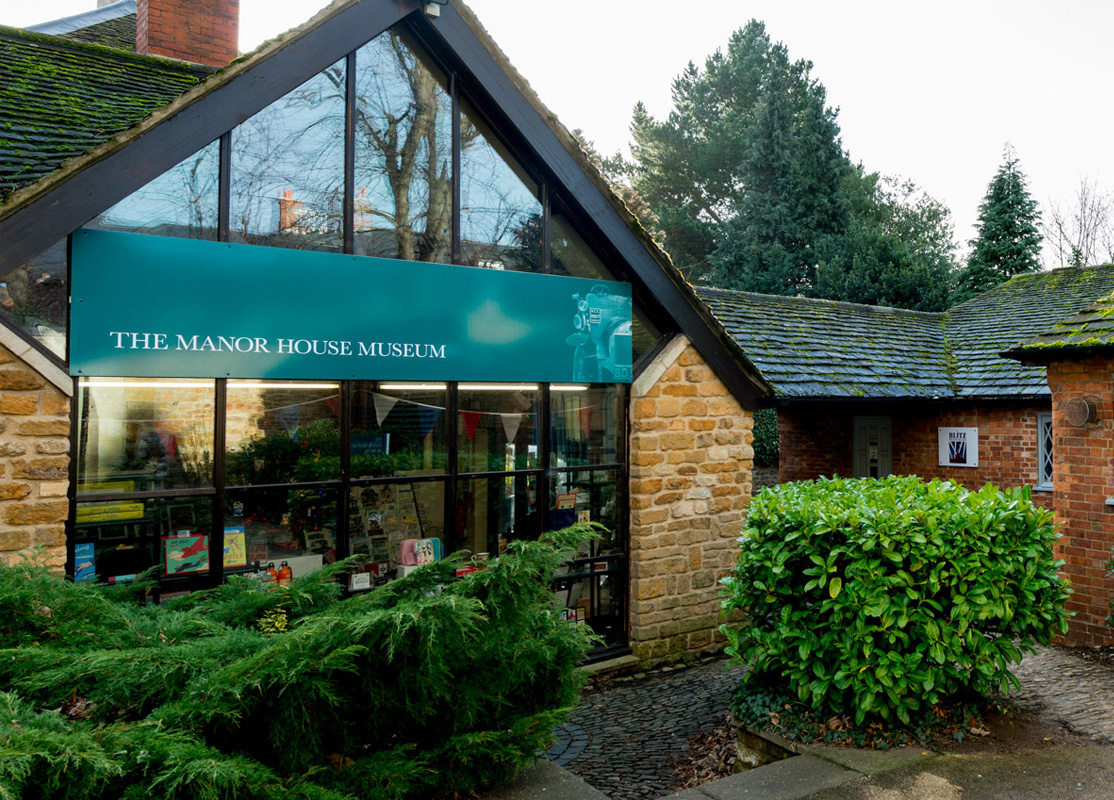 For over 100 years a rich collection of Museum artefacts has been collected for the people of Kettering.

History of the Museum and Collection

The roots of Kettering’s Museum date to 1903 when an Anglo-Saxon cemetery was discovered in the town unearthing many significant relics. As a result, plans by the Urban District Council for a new Library were developed to include a ‘museum’ room, which opened, on Sheep Street, in 1904.

Following extensive building work in the town, in 1912, further significant archaeological finds were donated to the Museum, for ‘the people of Kettering’. The collection was also growing to include all manner of other items deemed of public interest. In 1913, the adjoining Gallery opened, housing the town’s art collection.

In 1961 the Museum moved from the library to a larger dedicated space, ‘Westfield Museum’, on West Street. Local government re-organisation during the 1970s, ended association with the Library and collectively ‘Kettering Museum and Art Gallery’, have since been provided by Kettering Borough Council. In 1986 Westfield Museum closed due to its poor location, declining attendance and dated displays. The Museum transferred to its present location ‘The Manor House Museum’, opening in 1989, close to its original home near the Gallery and Library.

The Museum building is thought to stand on the site of a ‘noble hall’ created in the days of Abbot Walter de St Edmunds c.1240, when Kettering was one of the most valuable possessions of Peterborough monastery. In 1720, John Bridges described the site, noted as “Mr Sawyer’s house, in which are old stone window frames, was formerly the Abbot’s House”. The present Museum building, though restored, has some seventeenth century features behind an eighteenth century facade.

Exhibitions: Alongside our general Museum displays we showcase regularly changing temporary exhibitions on a range of themes.

Children’s Activities: Creative craft activities every school holiday, join us and make something to take home.

Education: Visits for schools and community groups, led education sessions on a range of themes, and hire of real objects in our loans boxes.

Advice Surgeries and Events: Professional advice on a range of topics including family history, archaeological finds and caring for historic treasures.

Museum Shop: stocking an excellent range of educational, historical and fun items, perfect for gifts or a personal treat!